The Lithuanian runner broke the world distance record for a 12 hour run and set it at 177 km, breaking his previous WR set 9 months ago
Facebook
Twitter
Telegram
WhatsApp

There were good vibes in the morning air at the start of the Spartanion race in Tel Aviv. Alexander Sorokin, the world record holder in the 12-hour and 24 hour races for distance (as well as the 100-mile run) was ready on the start line to take a shot at his own WR in the 12 hour race for distance. Although it initially seemed that the unusually warm weather visiting Tel Aviv's Hayarkon Park in early January could derail Sorokin's plan, anyone who witnessed his formidable pace, realized the man is a near superhuman phenomenon. 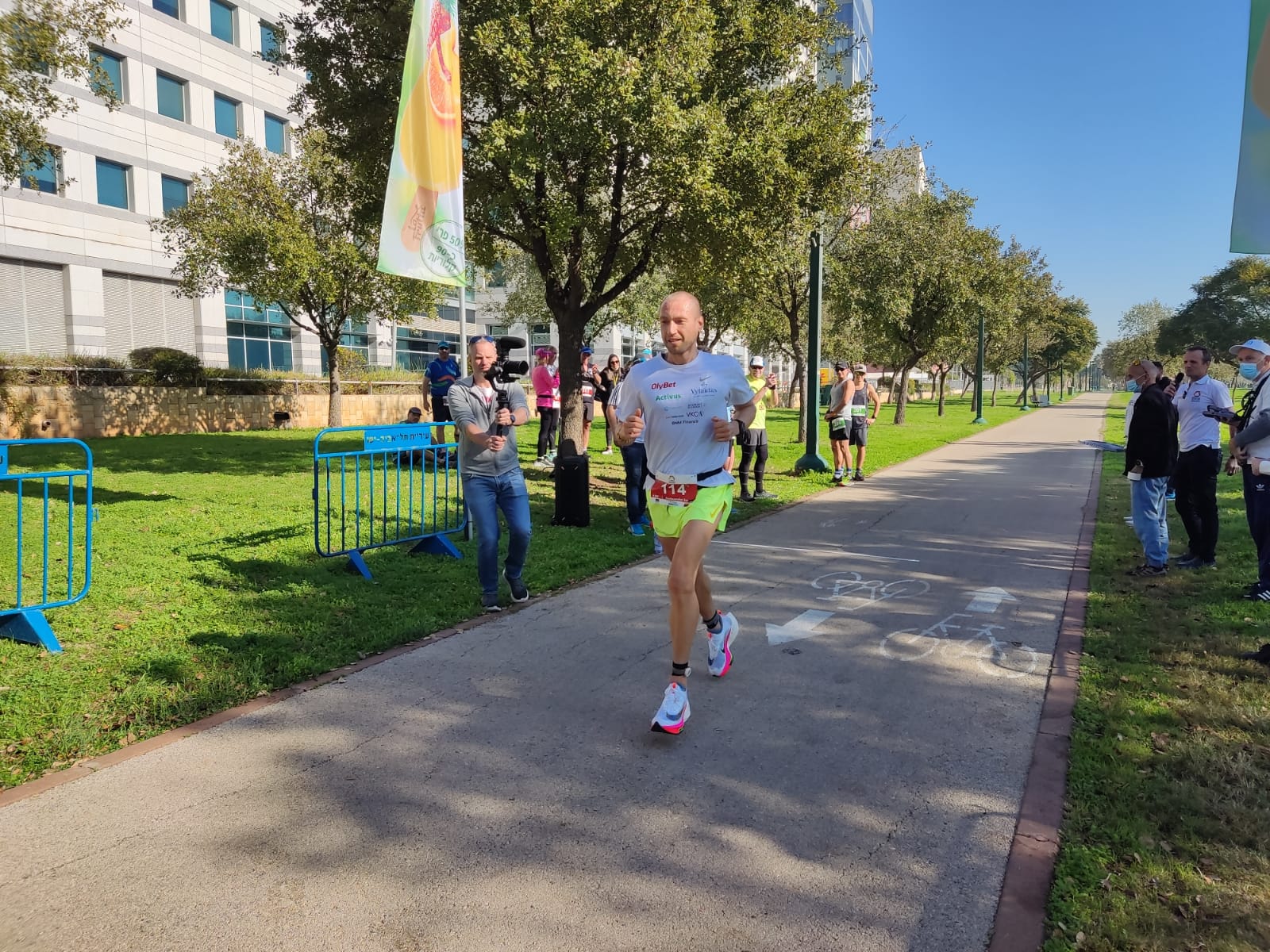 Eventually, as the clocks chimed 22:00, Sorokin rewrote the record books in the 12 hour race for distance, setting the new mark at 177.4 km, breaking the mark he previously set in April 2021. If that wasn't enough, Sorokin also broke his world record in the 100-mile run enroute, and set it at 10:51:39 hrs, an improvement of 23 minutes. 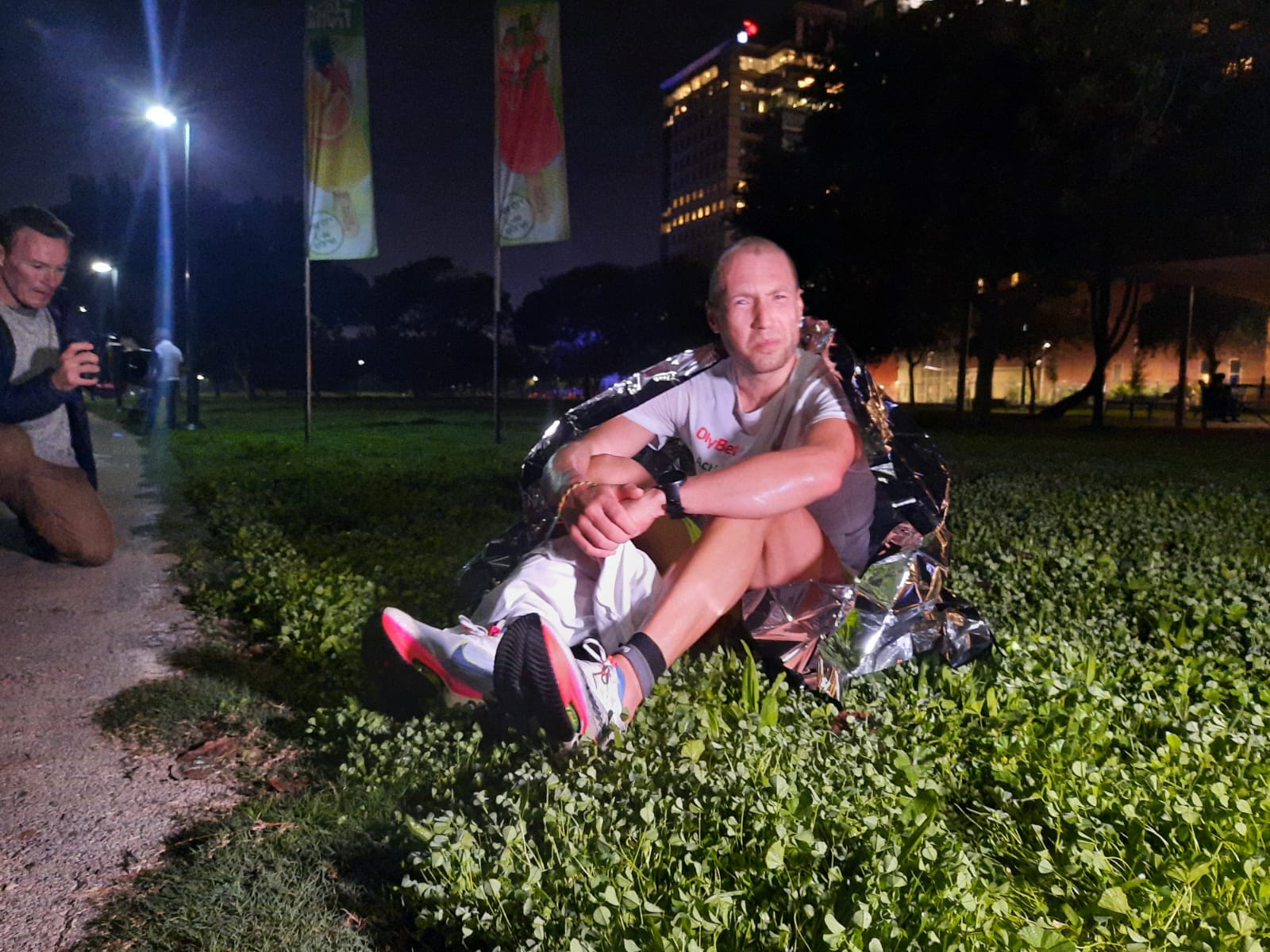 Rest of a warrior. Sorokin after breaking the record tonight Photo: Shvoong

Sorokin, who came to Israel to race from his native Lithuania, ran the entire 12 hours at an average pace of 4:04 mins per kilometer (6:32 mins per mile) on a circular lap of 1,460 m in Park Hayarkon, Tel aviv.