» SHVOONG » English » A year of breakthroughs in Israeli competitive swimming

Israeli swimming was forced into competitive slumber in 2020, and exited from it in 2021. These were Hagai Ashlagi's eleven standout moments of Israeli swimming in 2021
Facebook
Twitter
Telegram
WhatsApp

2. Olympic Final for the 4 x 100 Mixed Medley relay – When a quartet of two women and two men makes the final among the 8 fastest teams in the world, something surely has happened. The performances of Anastasia Gorbenko (backstroke) and Andy Murez (freestyle) promised to be of the highest quality, and delivered. The amazing breakthrough came in Itai Goldfaden's breastroke leg Gal Cohen Groumi's. As Goldfaden launched from the blocks, it became clear that something special was happening. Igniting young Gal Groumi to burn through relay leg doesn't take too big a spark, and that is exactly what he did. Astonishingly, the Israeli quartet preceded quartets from elite swimming nations such as Japan, Germany, Canada, Brazil, Hungary and Poland. 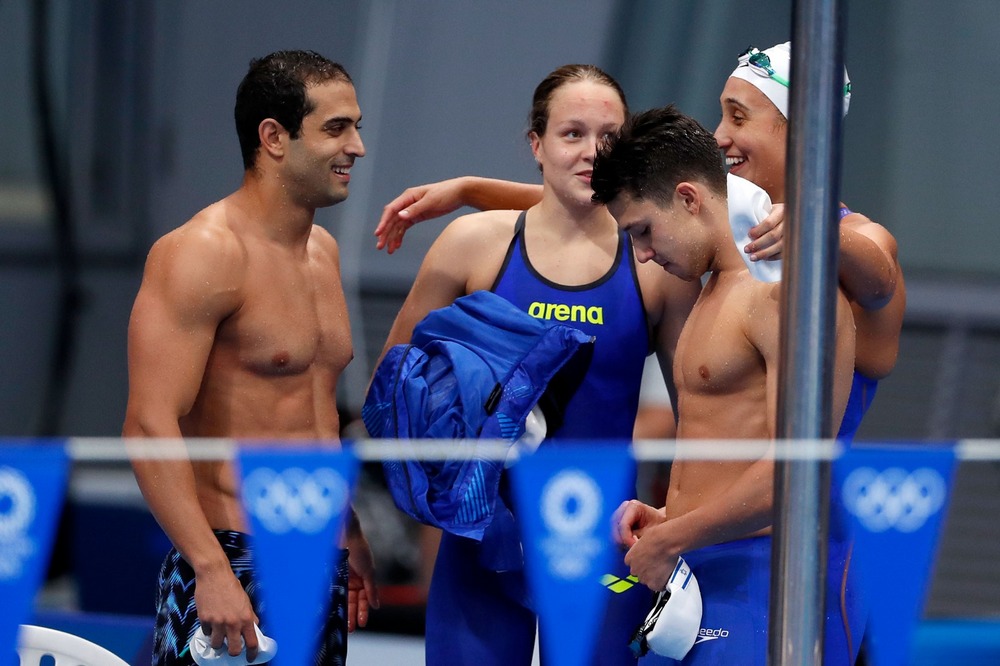 3.  Anastasia Gorbenko's European 200m IM win – With all due respect to the World Short Course Swimming Championships, Gorbenko's most impressive performance in 2021 was winning the 200m individual medley at the European long course Swimming Championships in Budapest. Gorbanko swam through three rounds of a major competition: qualifiers, semi-finals and finals; In the final, she competed for the prestigious European title against, among others, Abbie Wood of Britain, and Hungarian Katinka Hosszu. Gorbenko beat them all, and took gold in a time of 2:09.99 min. In Budapest, Gorbenko's proved her ability in a major three-round international competition. There, Gorbenko was crowned the first female Israeli European champion in Israel's swimming history. 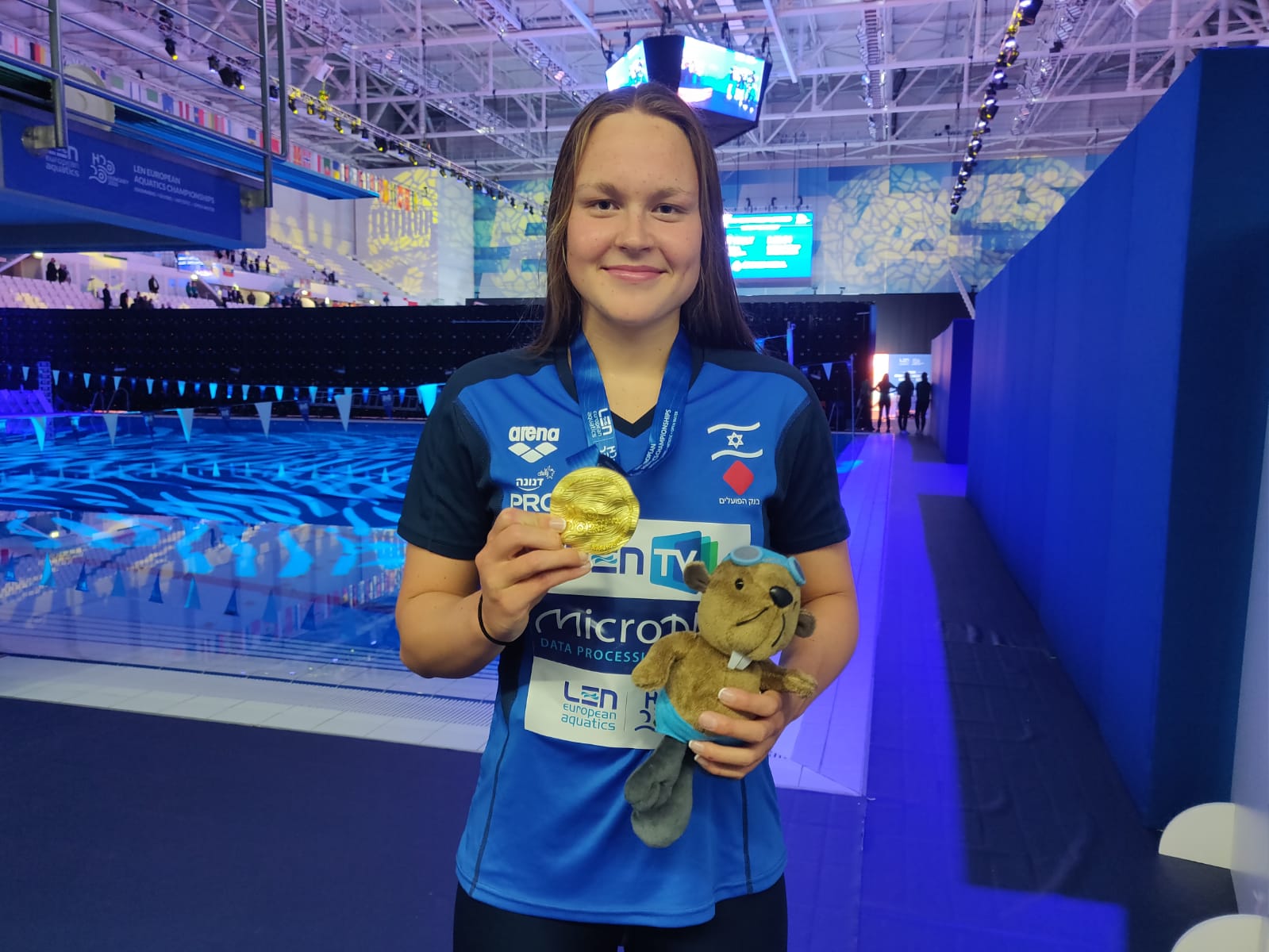 4. The men's 4 x 200 m freestyle relay at the Tokyo Olympics – Although the Israeli quartet of Dennis Loktev, Daniel Namir, Tomer Frankel and Gal Groumi didn't make it to the finals, it was close. The quartet finished tenth, less than a second from the final. Loktev gave the most impressive performance of all, with an Israeli national record in opening leg – 1:46.64 minutes. The Israeli record for the entire relay was also broken, by a quartet that preceded elite national teams such as France, Japan, Korea and Hungary (that DQ'ed). Given the fact that the oldest swimmer in the quartet is 24, that the other three are 21 and under, and that more young swimmers are knocking on the doors, there are expectations from the years to come.

5.  Anastasia Gorbenko is crowned world short course champion in the 100 IM – Although this is the latest achievement on the list, and a world title supposedly tops the list, this achievement is only fifth on the list for the simple reason that many of Gorbenko's IM rivals, were absent from the 100 IM at the Abu Dhabi World Championships. Still, Gorbenko was crowned as the world champion and no less impressive was Anastasia's performance, where she appeared in a league above her competitors. To the victory in the 100 IM must be added her world title in the 50m breaststroke, with powerful strokes and an excellent exit from the wall. The title of world champion in the short IM closed an excellent autumn-winter season for Gorbenko, in which she also won the title of short course European champion in 200 IM, and recorded a quality and profitable appearance at the International Swimming League (the ISL). 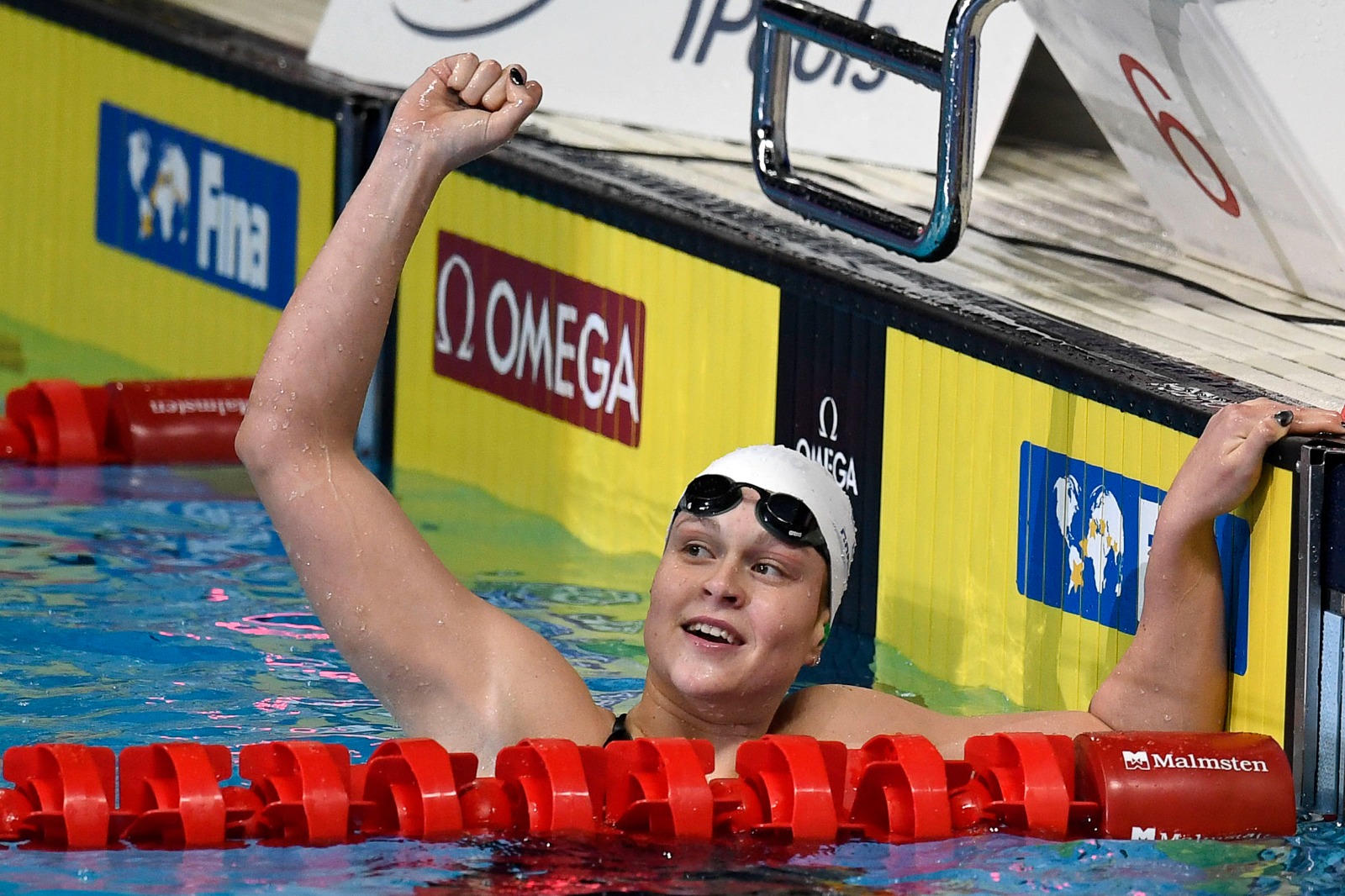 6. Olympic 100m backstroke final for Anastasia Gorbenko – Here too, Gorbenko set a precedent when she became the first Israeli woman to qualify for an Olympic final. Gorbenko once again proved her versatility in a variety of strokes, set an excellent Israeli record in the semifinals that took her to the finals (where she finished eighth), and overtook some of the best backstrokers in the world.

7. Aviv Barzilai makes the Olympic semifinal in the 200m backstroke – Barzilai didn't appear focused entering 2021. But a change in her training setup, starting to train under coach Yonatan Kopalev at Maccabi Haifa, and good progression, got her an Israeli record in the 200m backsroke in June – 2:10.76 min. That was enough to book a plane ticket to Tokyo. There, 19-year-old Barzilai almost repeated the result, qualifying for the semifinals, where she finished an excellent 15th.

8. Eighth place in the World Cup for Yaakov Toumarkin, and finaling at the World Short Course Swimming Championships in the 200 IM – The experienced Toumarkin had an unsuccessful competitive summer in 2021. So much so, that after his participation in Tokyo, he felt the need to convene a short press conference only to say to the Israeli sports press that he was not retiring. No one, including Toumarkin himself, knew where things would go from there. After a month rest and another month of partial training, Toumarkin traveled to the first round of the FINA World Cup, and astonished with excellent results. He therby amended his schedule and registered for all four rounds of the World Cup, from which he returned with a new Israeli record in the 100m IM, an eighth place in the overall Workd Cup men's ranking, several tens of thousands of dollars and a renewed faith. He ended 2021 by making the final of the 200m IM final at the World Short Course Championships.

9.  Eitan Ben Shitrit's sixth place in the final of the 400 IM at the world Short Course Swimming Championships – Eitan Ben Shitrit, 18, from Raanana, is the newcomer of the year in Israeli swimming. Some know him before, but no one will disagree with the statement that Ben Shitrit made a huge leap in 2021. The cherry on the cake was making the final at the World Short Course Championships in Abu Dhabi in a 400 IM, with a time of 4:07.55 minutes, and finishing sixth in the final. Ben Shitrit, however has a ways to go before he gets close to the world's best, and before he fills the shoes worn in the Israeli 400 IM before him – Gal Nevo's Israeli record stands at 4:03.5 min.

10. Israeli records for Gal Cohen Groumi in the 100 and 200 butterfly and 200 free at the Israeli Short Course Championships – After a rather slow year in 2020, the young Groumi broke new ground in the summer of 2021, with late qualification for the Olympics in both the 100 m butterfly and the 200m IM. He forfeited the 100m individual butterfly swim at the Olympics, and recorded two excellent performances in the two relay quartets (mentioned in this list above). From there, Groumi set out to study and train at the University of Michigan, delivering an impressive series of results in the short yard pools toward the end of the year in a competition in Minnesota. He ended the year by breaking three Israeli records at the winter short course national championships where her recorded a 1:43.45 mins in 200 free, 50.57 secs in 100 fly and 1:53.07 mins in 200 fly, whetting our appetite for the NCAA championship this coming March, and next summer’s big competitions.

11. Israeli records for Bar Soloveitchik in the 400 and 800 m free – 21-year-old Soloveitchik from Kiryat Bialik also recorded a significant breakthrough in 2021. His progress in the freestyle swims earned him Israeli records in the 400 (3:49.77 min) and 800 m (7:55.48 min) free. Not yet world class, but already very close to the qualification criteria for the upcoming World Championships in May 2022. Soloveitchik also started swimming in college (Minnesota) and we can expect to see him at the NCAA championships in March.